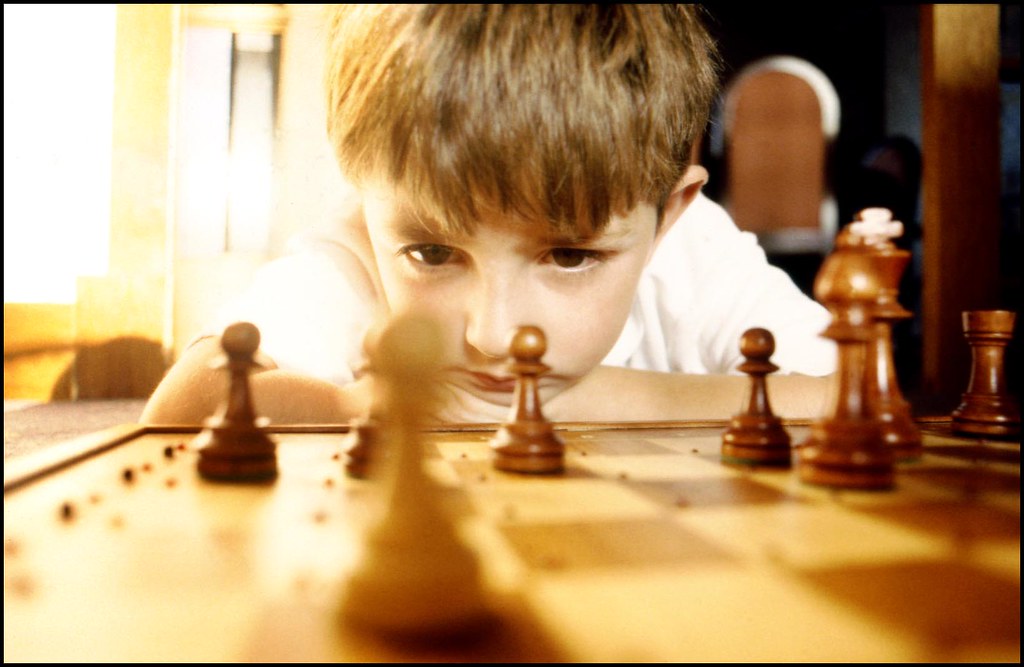 I wrote the following piece as a “reflection paper” soon after a business simulation exercise. It was part of the Business Execution module of my EMBA course. We worked in 5 to 7-people teams and we were competing in the microcomputer market using a business simulation software against seven other teams.

In the piece, I connected the experience I had during the simulation with a couple of episodes I experienced during my childhood and described one important lesson learned for the future.

I remember being asked to read aloud in front of my class when I was 10 or so. You don’t want to look stupid in front of your friends. That is why I found doing it so difficult. Then, someone taught me a trick: to keep my eyes ahead of what I was actually pronouncing. I tried, found it difficult, tried again and again until I found myself reading so well I could not believe my ears!

Some years later, I read an interview with a football professional in the newspaper. He was considered one of the fastest strikers of his time. When asked about this quality, he said he was not any faster than most of the other strikers. He was very good at anticipating a possible pass and used to sprint ahead of his opponents. He mastered this skill and because of it, he managed to be a successful striker and was considered a very fast one!

A couple of weeks ago, during my participation at a Business simulation with my team, I felt an “Ice Bucket” kind of sensation over my head. It happened when I realized a big mistake we had made during the exercise.  Then I connected it to my “reading aloud” and “football interview” experiences.

The team momentum was just great. We were having encouraging results, as we had become market share leaders in one of the segments we were focusing on. The time pressure was high and we were working hard on putting together the necessary work to make the right decisions … to keep winning in the next quarter too. Then, one person from another team entered the room and offered us a licensing agreement regarding the secondary target market we were competing in. We turned the offer down. We felt strong, with a clear strategy, and we didn’t want to buy technology from others to create our “secondary core products”. We thought we could rely on our own capabilities instead.

After several quarters, even though we were doing well in terms of sales and cash generation, we realized we were not going to be able to be leaders in two different consumer market segments at once! Or … we could have been! If only we had that extra piece of technology that our competition offered us a few quarters before, we would have been in a much better position!  At that moment, I felt an “Ice Bucket” over my head and connected this eye-opening episode to my previous experiences of “reading aloud” and “understanding football”.

If only we had been aware of the importance of “thinking ahead”, of keeping our eyes on the horizon, rather than being absorbed in solving current problems. If only.

1. The world out there will always be bigger than you.

We felt strong. We felt we wanted to be like Apple and be masters of our own technology universe. We wanted to be “owners of the technology” in the segments we were going after. We forgot we were a start-up! We forgot that this was a marathon rather than a sprint. We forgot to think that whatever we decided, whatever the resources we may manage to use … the world out there would always be bigger than us! We forgot to understand that other companies were investing as much or more than us in similar technologies that were targeting the same market. We took a great risk. We could have been forced out of the market by the other company’s alliances. We forgot to think ahead.

Another important angle of this “lesson learned” was that even if it would be impossible to anticipate all of the cause & effect relationships that would have followed every decision taken, we still tended to underestimate what consequences decisions would have on the company as a whole. Furthermore, we underestimated the effect that the external world (e.g. industry practices, status of the economy, etc.) has on the company itself regardless of our decisions. For example, we gained a lot of labor productivity starting with a relatively low wages policy plus a pension fund for our employees. As we moved forward, we raised salaries according to company results. Productivity went up! Other companies that started with higher wages and did not modify them over time suffered from a low increase (or no increase) in productivity instead. In this case, we were lucky. Again, understanding the whole picture before making decisions would have been the best choice.

I was amazed at listening to our appointed “team member CFO”. As we were discussing about where to invest the company money, our CFO, who in real life has a background in Sales & Marketing, was talking exactly like the most seasoned “old style” Chief Financial Officer! He was very cautious about expenses and he was asking all the time to cut marketing investments and to look closely at our cash flow statements. This was hilarious and at the same time, eye-opening. It’s one thing to pretend to understand other people’s point of view, and a different thing to actually put yourself in somebody else’s shoes.

Considering other people’s point of view should be more than just a “pretending to be listening” game. Most people really care about what they are doing and so it is worth listening to those who care: they will help you to anticipate possible problems or to take advantage of opportunities you will never see otherwise.

From being Reactive to being Proactive – the lesson

What I know now, after this experience that let me to “connect the dots” of some other apparently unrelated episodes of my life, is that I should always try to anticipate the consequences of my decisions, from a personal point of view, to a department, company, industry, and economic point of view. As everything is part of something bigger, trying to anticipate these consequences will help me to make better decisions. This means going from being reactive to being proactive. And I should know by now that it is not easy.  Instead, it is counter-intuitive and it is hard. But if it feels like that, then it means that I am “reading aloud” my job in the right way, that I am looking around faster than the average person, like the football striker I read about some years ago.

How often do you manage to stop and think ahead about the consequences of your decisions? How does your thinking change your assumptions and decisions?